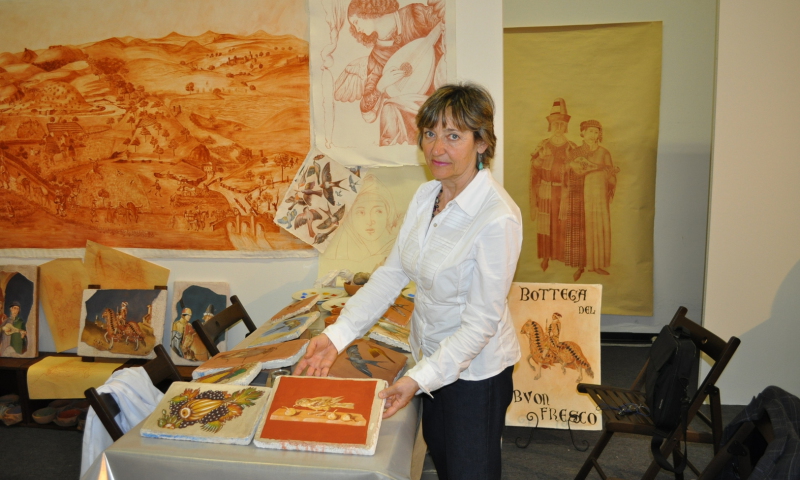 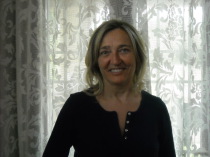 Patrizia Gioia: Following her Chemistry Degree, Patrizia worked in the computer field as an analyst and designer.  Subsequently, she became a senior consultant and auditor on ISO9000.  Working on the different phases of software development for a range of management applications and banking.

During this period Patrizia also explored her artistic side doing pottery, mosaic, faux marble, gilding, and furniture restoration courses.  She then embarked on five years of lessons with fresco master Egidio Cosimato.

Painting frescos became an irresistible passion. Patrizia entered the trompe l'oeil and frescoes competition in the Abbey of Farfa in 2007.  In 2012 she participated in a group exhibition in the art gallery in Rome ‘Hofficina Art’. With growing confidence and peer recognition she formed the project Bottega Affresco.  Its aim is to bring to life the ancient art of fresco through workshops, student lectures, website and a documentary "Patrizia Gioia, The ancient art of Fresco".  The workshops, often held at medieval festivals throughout Italy or at universities, expose viewers and students to all aspects of fresco creation.

April 2013 Patrizia was registered in the European Consortium of Historical Re-Enactments, C.E.R.S.

November 2014 Patrizia won with Bottega Affresco, the Italian Medieval Award for Art.  The annual award recognises those who have distinguished themselves in promoting and enhancing Italian medieval heritage.

During the re-enactment events, she explains the fresco technique and  performs demonstrations and holds workshops and laboratories with the public.

May 2015 Patrizia with Bottega Affresco gave seminars and workshops on fresco technique at the prestigious Salone del Restauro known as the most important Italian restoration exhibition. During 2015 Patrizia co-produced with the Director Lorenzo Vella a film documentary on the fresco technique, "The ancient art of Buon Fresco". It has been premiered at Salone del Restauro-Musei 2016 where Patrizia Gioia Affreschi-Frescoes partecipates as exhibitor.

Patrizia organizes fresco courses and workshops for people wanting to learn the technique in Italy and abroad.  This happens in universities, schools and at medieval events.  She paints frescoes and sinopia on commission.

During 2016, the Australian winery ‘Pizzini’ (King Valley Victoria) commissioned a fresco and offer an artist in residence during the High Country Harvey Festival where she holds a workshop for some local artists and gives demonstrations to the public.
She is also a volounteer at the Warlukunlango aboriginal art center in Yeundumu, Northern Territory, Australia.

She participates in the ‘FeStivale un peu italien un peu français’ of the association Nessun Dorma in Bordeaux France with the Acquitaine region where she holds some workshops for the public and is projected the documentary with French subtitles.

She participates as a speaker at the annual conference of the Italian Lime Forum in Aosta at the 'Institute Agricole Régional’ on the 'Crafts of lime' presenting the documentary 'The ancient art of Buon Fresco'.

During 2017 she holds a seminar on fresco technique at the ‘Museo Civico Archeologico’ in Milan in collaboration with Italia Medievale and Archeobooks and  at the association ‘Rome underground’.

Patrizia with her Bottega Affresco is at the 'XXVII Edizione della Mostra Mercato di Bienno'. One week market exhibition in which 180 artists and artisans exhibit and create their works in the ancient village of Bienno with an audience of 200,000 visitors.

Patrizia Gioia says, "Frescoes are my foremost passion however over many years I have explored a variety of artistic forms including ceramics, furniture restoration, interior decoration, gold leaf, silver and copper work.  Making or decorating many objects in antique and modern styles. My life is inside each one of them". 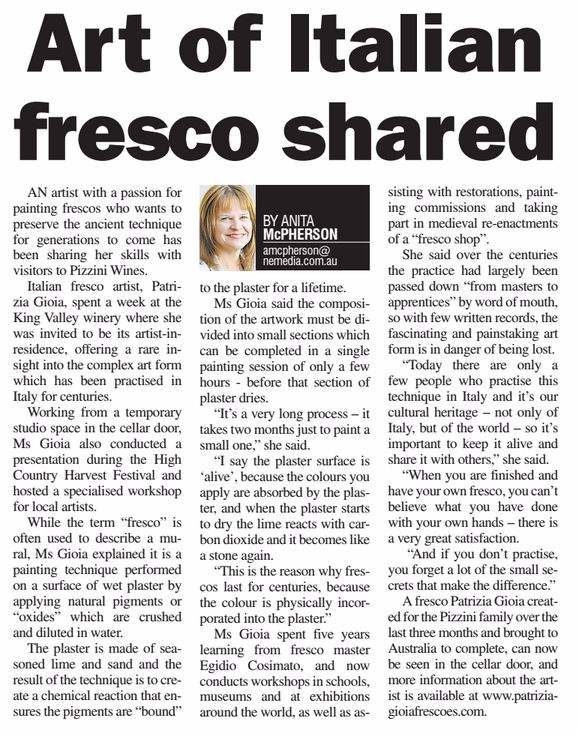 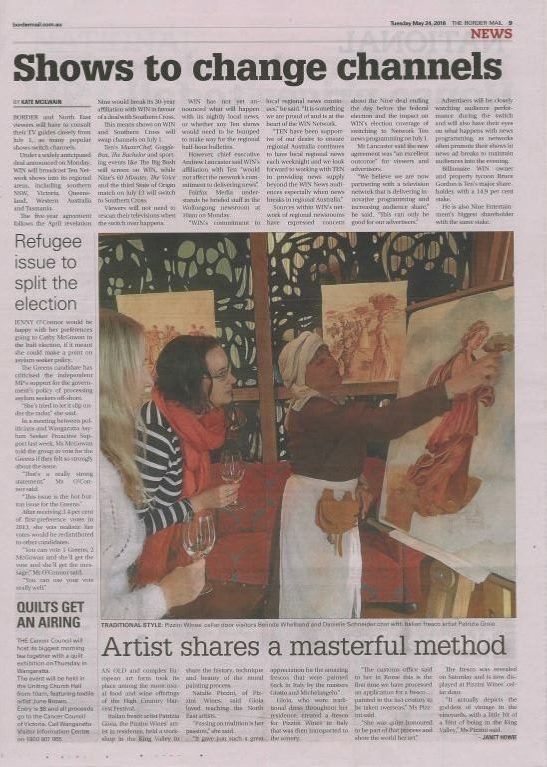 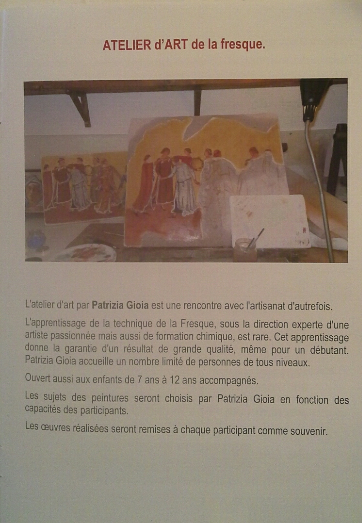 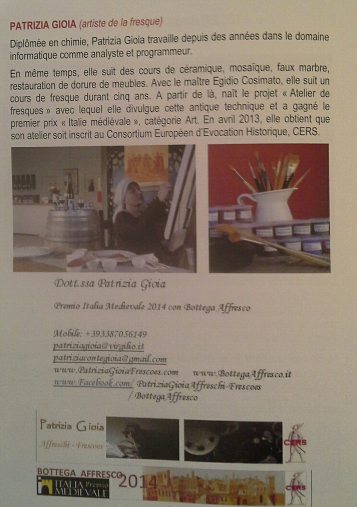 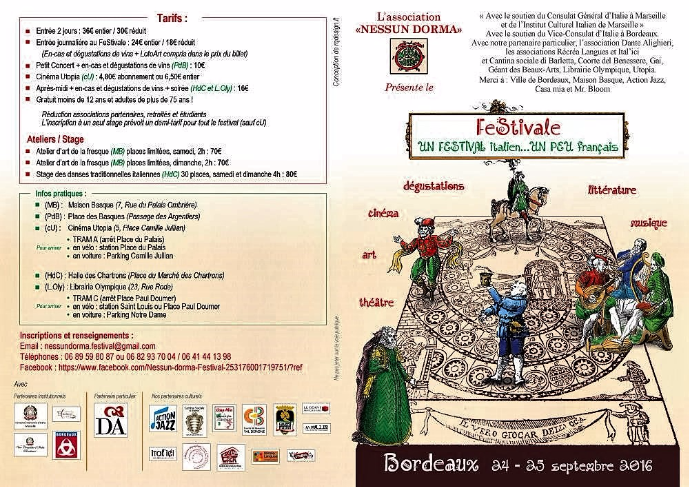